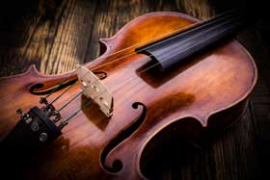 This case study describes a series of successful ESP experiments carried out in the late 1980s with dance, drama and music students of New York’s Julliard School, who scored at twice the rate of subjects drawn from the general population. Examples are given of close matches achieved by some of the students with regard to images being ‘sent’ to them by a participant in a physically isolated location.  As an attempt to establish a link between creativity and psi the outcome was less clear, however.

Complete details can be found in the original report (see link below).

Parapsychologists Marilyn Jean Schlitz and Charles Honorton set out to investigate early reports of high levels of psi ability in exceptionally creative people.  Assessing spontaneous ESP cases, Frederic Myers in the late nineteenth century speculated that exceptional talent and display of psi ability are both characterized by ‘an uprush from the subliminal mind to consciousness’.  In the early twentieth century, Walter Franklin Prince alluded to the psi experiences of creative people such as Mark Twain and Robert Browning, and suggested that both are expressions of the unconscious, and likely therefore to be related.

The relationship between creativity and psi has been explored more recently in experiments. Fourteen formal studies had been reported by 1988, showing varying levels of correlation. Analysis indicated some support for a relationship between exceptional creativity and an ability to elicit psi above chance expectations; it also provided ideas about how to improve observance of any possible connection. In particular, the psi task needed to be suited to highly creative people, who are easily bored and conversely might be expected to enjoy challenge and stimulation. The task should also take into account the notion that both psi and creativity stem from a similar functionality of the mind.

The experiments were held in the (now defunct) Psychophysical Research Laboratories (PRL) located at the Forrestal Research Centre in Princeton New Jersey. Selected Julliard students were asked to undertake a series of autoganzfeld sessions. Their results were compared with measures of their creativity and personality traits, and with results obtained in similar experiments by subjects drawn from the general population.

Schlitz and Honorton used the automated ganzfeld system, which involves the subject entering a quiet, internally-focused state, then attempting to identify imagery being ‘sent’ by a second participant in a physically isolated location. Both aspects – the internal state and ‘free-response’ tasks – were considered conducive to the production of psi phenomena, particularly in the case of highly creative people given emotionally stimulating targets.

The authors selected twenty students from the Juilliard School: ten male, ten female; ten from the drama stream, eight from music and two dance majors (mean age twenty one).  The participants were asked to complete personality and creativity assessments to help identify any correlation between creativity/personality traits and an ability to elicit psi.

The students were introduced to the project through informal interactions with one of the authors (Marilyn Schlitz) during classes at the school. Schlitz shared with them her interest in psi research and told them the study was part of a larger investigation of the relationship between ESP, creativity, self-esteem and motivation. She found them receptive to being involved, and keen to learn more about psi.

The students travelled by train to Princeton, where they were picked up at the station by laboratory researchers. They were given a tour of the laboratory, where efforts were made to create a friendly, informal atmosphere. The ganzfeld procedure was then explained. The students were provided with $5 at the end of the session to cover transportation costs. Unlike subjects drawn from the general population, they were given information that would help establish positive expectations about the outcome. (This was because they had been recruited for their creative abilities rather than because they had an interest in psi.)

The automated ganzfeld procedure involves the participation of a ‘receiver’, a ‘sender’ and two experimenters. The receiver, in ganzfeld conditions, describes to one of the experimenters any imagery that he or she is experiencing. In a separate, physically isolated location the second experimenter randomly selects the target image (either a video clip or a static image), and gives it to the sender, who attempts to communicate salient aspects of it to the receiver.

Once the session has been completed, the receiver is given four images to view, the target image along with three ‘decoy’ images, and asked to rate the degree of similarity of his or her description to each. The computer then ranks the targets, assigning a ‘1’ to the one most likely to match the impressions as described during the session and ‘4’ to the least likely. Finally, the target is revealed to the receiver and the experimenter supervising the receiver. The procedure is automated to ensure no sensory cues can be used in the viewing and ranking of the target and decoys. The session is considered successful if the target is ranked '1'.

Ten of the twenty students correctly identified the target, well above chance expectation, which is that a quarter would have done so. The success rate was also significantly higher than what would be expected from a general population of novice participants (around 33%).

Music students proved the most successful, with six of the eight accurately identifying the target. The drama students followed, with four out of ten direct hits. Neither of the dance students produced a hit.

Attempts to establish an unambiguous correlation between creativity and high psi-scoring were frustrated by the finding that the two participants with the highest measures in creativity were among the lowest psi scorers. A significant correlation was found only when these two ‘outliers’ were removed from the calculation (see below).

Video clip: ‘Hell. From the film Altered States. This sequence depicts a psychedelic experience. Everything is tinted red. The rapidly shifting scenes include a man screaming; many people in the midst of fire and smoke; a man screaming in an isolation tank; people in agony; a large sun with a corona around it; a mass crucifixion; people jumping off a precipice, in the midst of fire, smoke, and molten lava; spiraling crucifixes. There is a close-up of a lizard's head, slowly opening its mouth, at the end of the sequence.’

Static image: ‘Three unusual planes. Three small aircraft flying in formation. The planes are white and have swept-back wings; their landing gear is extended. A winding road is visible below.’

A jet plane… A 747 on the way to Greece. blue skies. Sounds like it's going higher… I think I'm back on the plane again. I never used to be afraid of flying until recently… They need better insulated jets, sound proof like these rooms. They could use these comfortable seats, too. And the leg room. The service isn't bad either… Still can't get the feeling of being in an airplane out of my mind. Flying over Greenland and Iceland when I went to England… Feels like we're going higher and higher… Descending. It seems we're descending… Big airplanes flying over with people like me staring down… Flying around in a piece of tin… Feel like I'm getting a G-force. Maybe I am taking off. Sure feels like it. Feels like we're going straight up… I always feel like this when I'm on the plane going home, I just hope that plane makes it past the Rocky Mountains.

Static image: ‘Santa and Coke. This is a Coca-Cola Christmas ad from the 1950s, showing Santa Claus holding a Coke bottle in his left hand; three buttons are visible on Santa's suit. Behind Santa and to his left is a large bottle cap with the Coca-Cola logo leaning against an ornamented Christmas tree.’

Was the expected correlation found between creativity and psi-scoring?

Here, two students who scored poorly in the ESP tests also scored exceptionally high in creativity measures. When their ESP results were included, the overall result was non-significant, but when they were excluded as ‘outliers’ the creativity-psi correlation was found to be positive and significant. One possibility, the authors speculate, is that ‘any psi signal may be drowned out in highly creative people by their very powerful uprush of creative ideas’, suggesting that creativity and psi spring from different sources.

However, given the exceptionally high level of scoring achieved in this study, the question arises of what other aspects of exceptional human ability should be explored. The authors points out that the Juillard students are

Self-confident, disciplined, and comfortable with new challenges. They have achieved high levels of success early in life and they take on new challenges with the expectation of success. They are highly competitive, but it is our impression that they are competing primarily with themselves, always stretching towards higher levels of achievement. Their reactions at the end of the session were often quite dramatic: when they successfully identified the target, they were exhilarated; when unsuccessful, they were despondent.

The authors further point out that the musicians (who as a group had been involved in artistic discipline from a very early age) achieved the greatest number of hits (that is, correctly identified the target image among the four possibles), while the drama students, who typically exhibited a high degree of fascination with their ESP mentation,  provided the closest matches (as in the samples given above). This suggests several possibilities:

Drama students might have more refined verbal skills than musicians, allowing them to more fully articulate their Ganzfeld mentation. Another possibility is that drama students may be more generally comfortable engaging in tasks involving self-disclosure; certainly, they liked to talk about themselves, whereas the musicians tended to be more reserved. Musicians on the other hand, may be better judges because they are more methodical and attentive to details than drama students. They struck us as being more generally task-oriented than the drama students, and often took more time to complete the judging procedure. (It should be noted, however, that as a group the Juillard students generally took longer to complete the judging procedure than did participants from the general PRL population.)

The authors conclude by noting that a relationship between creativity and psi can only be settled by progressive and systematic research, with a view to eliminating the large number of existing variables and identifying exactly which characteristics in creative people are those conducive to high psi scoring.