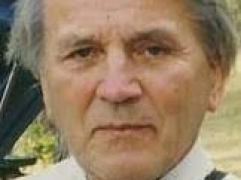 Jürgen Keil is a German-Australian parapsychologist and psychologist. His investigative work in psychokinesis and ESP, child reincarnation cases and other paranormal phenomena has been characterized by rigorous methodology and cautious theoretical positions.

Herbert Hans Jürgen Keil, better known as Jürgen Keil, was born on 30 May 1930 in Freiburg, Germany. He emigrated to Australia to study at the University of Tasmania, Hobart, earning a baccalaureate in 1957, diploma of education in 1959 and honours baccalaureate in 1960. He earned his PhD in psychology at the university, and continues there as professor emeritus.1

Keil married Gloria Ruth Whitburn in 1955 and they had a son.

Keil has been called ‘one of the individuals whose teaching and scientific integrity have helped parapsychology become a legitimate field of study in Australia’.3

While studying at the University of Tasmania, Keil worked in the University’s machine shop to support himself. Assigned to make parts for a microbalance to be used in psychokinesis research, he learned to his amazement that the experiments showed that some people could influence the apparatus through mental intention. He wrote expressing his interest to JB Rhine at Duke University in Durham, North Carolina, as a result of which he worked for nine months at Rhine’s Parapsychology Laboratory, now known as the Rhine Research Center.4

Keil is credited with pursuing the objectives of improving controls by working to completely automate equipment and processes used in psychokinesis research, improve reliability of testing methods, and evaluate the magnitudes of energy necessary to produce psychokinetic phenomena.5 He published or co-published PK studies on people who had been inspired to perform spoon-bending or other PK by Uri Geller,6 macro-PK cases in Australia,7 and the question of whether psi ability is evenly distributed across the general population, with only those willing to attempt to use it showing their ability, or is only possessed by some people.8

In 1968, a documentary was shown at an international parapsychology meeting in Leningrad about a psychokinetically-gifted Russian woman named Nina (Ninel) Sergeyevna Kulagina, who had been tested by Russian parapsychologists. This stimulated the interest of Western parapsychologists, including Keil and Pratt, and they made many visits to Leningrad to study her ability intermittently over a period of years. They classed Kulagina as one who produced ‘directly-observable voluntary PK effects’ (now referred to as macro-PK), meaning the effects could be perceived with the eye rather than requiring statistical analysis to be discerned, as with thrown dice or random number generators (micro-PK).9

Keil and co-authors summarized the effects created by Kulagina in a 1976 paper. The main one that they witnessed was her ability to cause small objects on a table in front of her to slide across the surface, either towards her or away, by force of concentration alone. The objects were of different kinds and materials, and included matchsticks, an empty matchbox, a glass tumbler and an empty salt cellar, also a ten-centimetre plexiglass cube (which moved when she attempted to move objects inside it). She was able to move two objects in different directions simultaneously. Other effects included an ability to stop or change the swing of a pendulum; keep a scale balanced despite a weight being placed in one pan; turn a compass needle 360 degrees; and move a hydrometer floating in water.

Kulagina could also induce the sensation of intense heat by touching another person’s skin, as Keil himself verified, although a thermometer showed no actual change in temperature. Physiological changes while she worked included a heartbeat as fast as 240 beats per minute, weight loss greater than from strenuous exercise, exhaustion and aches afterward. Electro-encephalographic monitoring showed a concentration of energy in the direction Kulagina was gazing. Controls against the use of invisible threads or magnets were continually used. She was successful about 80% of the time.

Film clips of Kulagina’s PK can be found on YouTube; see here for a sampling. This video includes a short interview with Keil.

Keil’s first publication on extra-sensory perception, in 1965, was a study in which he gave a general ESP test (a test that does not distinguish between telepathy and clairvoyance) to subjects using self-selected favourite clips of music, with statistically significant results.10 He also experimented on the effects of relaxed states of consciousness and meditation on ESP with the aid of his graduate students, producing significant results during meditation.11

Keil’s best-known work with ESP is his investigation of the apparent clairvoyant ability of Pavel Stepanek (Štěpánek), a Czech information clerk who answered a call for volunteers for ESP experiments from Czech parapsychologist Milan Ryzl (Rýzl). The first experiment was published in 1962. When presented with a card, black on one side and white on the other, concealed within an opaque cardboard envelope, Stepanek was able to accurately state which side was up far more often than chance would predict.12 Ten years of testing followed, Keil’s involvement starting in 1968 during a six-month sabbatical at the University of Virginia’s Division of Personality Studies (DOPS), then headed by reincarnation researcher Ian Stevenson.

With other researchers including J Gaither Pratt, Stevenson and William Roll, Keil worked most on experimenting with the ‘focusing effect’ – the tendency for Stepanek to show a high level of ESP hitting on certain envelopes and a striking level of psi-missing (below-chance scoring) on other envelopes. The effects remained even when the envelopes containing the cards were concealed in larger containers.

In repeated experiments the focusing effect was found to occur consistently, showing that Stepanek would visually associate certain containers with white or green, then use ESP to do the same when they were concealed. No matter how many layers of containers concealed the cards, Stepanek’s clairvoyance always focused on the second-outermost. Overall, the experiments produced a statistical significance of (p < 10-15).13

A detailed chronological description of key experiments with Stepanek is given in a 1973 monograph by Pratt.14

An article about Stepanek’s ESP published by Nature in 196815 unleashed a firestorm of criticism, including a book by parapsychology critic and amateur magician Martin Gardner,16 to which Keil and others rejoindered vigorously.17

Keil was one of three researchers who were persuaded by reincarnation researcher Ian Stevenson, the director of DOPS, to investigate spontaneous cases of childhood memories of a previous life in an attempt to replicate his research and his findings. 18 He undertook cases in Burma, Thailand and Turkey, and continued his research there for the rest of his career, collaborating on papers with both Stevenson and his successor at DOPS, Jim Tucker.

Topics investigated by Keil include:

Unlike researchers who have done similar work, Keil maintains that the paranormal process is not indicative of reincarnation, but living-agent psi and ‘thought-bundles’ left over from deceased persons whom the children psychically receive, resulting in identification with them.25

Keil edited an anthology as a tribute to his colleague, friend and partner in investigation, J Gaither Pratt, published in 1987. It contains a forty-page biography by Keil, seven papers written or co-written by Pratt accompanied by commentaries by experts on each topic, as well as tribute chapters and a comprehensive Pratt bibliography.

In common with other parapsychologists, Keil drew attention to methodological flaws in the work of Latvian psychical researcher Konstantin Raudive, who claimed to have tape-recorded the voices of the dead. Testing was inadequately controlled for normal causes, subjects were told what to expect to hear, and the tapes were edited afterwards, Keil pointed out.26

Keil, H.H.J. (1971). A wider conceptual framework for the Stepanek focusing effect. Journal of the American Society for Psychical Research 65, 75-82.

Keil, H.H.J., & Tucker, J.B. (2010). Response to “How to improve the study and documentation of cases of the reincarnation type? A reappraisal of the case of Kemal Atasoy.” Journal of Scientific Exploration 24, 295-8.

Pratt, J.G., & Keil, H.H.J. (1972). Further consideration of the Stepanek focusing effect in the light of recent research findings. Journal of the American Society for Psychical Research 66, 345-56.

Stevenson, I., & Keil, [H.H.]J. (2000). The stability of assessments of paranormal connections in reincarnation cases. Journal of Scientific Exploration 14, 365-82.

(More parapsychological papers authored or co-authored by Keil may be found in the Literature section.)

Pratt and Keil shared the 1970 McDougall Award for Distinguished Work in Parapsychology, awarded by the Foundation for Research on the Nature of Man (now known as the Rhine Research Center) for their studies with Stepanek.

Keil, [H.H.]J. (1996). Cases of the reincarnation type: An evaluation of some indirect evidence with examples of “silent” cases. Journal of Scientific Exploration 10, 467-85.

Pratt, J.G. (1973). A decade of research with a selected ESP subject: An overview and reappraisal of the work with Pavel Stepanek. Proceedings of the American Society for Psychical Research 30, 1-78.

Stevenson, I., & Keil, [H.H.]J. (2005). Children of Myanmar who behave like Japanese soldiers: A possible third element in personality. Journal of Scientific Exploration 19, 172-83.