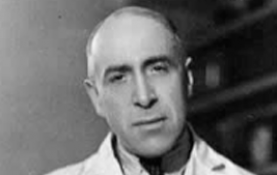 'Ghost hunting’ is a popular term for the investigation of potentially paranormal, site-based anomalies, such as apparitions, poltergeist activity, unexplained noises and ‘cold spots'. 1  Many practitioners prefer the term ‘paranormal investigator’.

The earliest recorded reference to a ghost hunt is found in a letter by Pliny the Younger (61-113AD), although the event described took place a century earlier and is most likely based on hearsay and legend.2 During the medieval period any attempt to investigate the apparent return of the dead would have risked accusations of witchcraft and heresy, and accordingly there are few reports of such activity. A rare late example is the 1662 ‘poltergeist’ episode known as the ‘Drummer of Tedworth’, which was investigated by Joseph Glanvill, and described by him in a form associating ghostly phenomena with the black arts.3 Ghost hunting started in earnest in the early Victorian period, as a fascination with the supernatural took hold.

The first serious ghost hunt on record was conducted by Major Edward Moor at Great Bealings house in Suffolk in 1834,  following the mysterious outbreak of servants’ bells in his home ringing spontaneously and uncontrollably.4 Moor, a professional soldier and writer, was among the first to treat such matters objectively. He did not claim that the ringing had a supernatural origin, but instead looked for ways to establish a normal cause. He subsequently wrote a book describing this and other similar occurrences elsewhere.

Educated professionals became interested in spontaneous ghostly phenomena in greater numbers following the eruption of the Spiritualist movement in the mid-nineteenth century. The Ghost Club, set up in 1862, included among its earliest members the novelist Charles Dickens, the Cambridge philosopher Henry Sidgwick and other academics and clergymen.5 Members of the Society for Psychical Research (SPR), established in 1882, included physicists William Barrett and Lord Rayleigh, and the future prime minister Arthur Balfour.6 These organizations focused more on people-centred investigations; ghost hunting – in the sense of visits to reputedly haunted locations – remained the exception. However, books by independent researchers soon began to appear; these included Ghost World (1893) by TF Thiselton-Dyer, whose early theorizing included doubts about the ability of a ghost to cross water,7 and Haunted Houses (1907) by Charles Harper, a more-or-less comprehensive chronicle of alleged haunts.8

The huge numbers of deaths caused by the First World War led to resurgence in interest in the investigation of phenomena suggesting survival of death. The arrival of motor transport facilitated site-based investigations. This period brought to prominence Elliott O’Donnell (1872 -1965), the first man to refer to himself as a ‘ghost hunter’. O’Donnell visited countless haunted houses over a fifty year period, but there appears to have been little method in his investigations, leading to suspicions that he overdramatized much of what he reported. 9

Harry Price (1881-1948) was the first paranormal researcher to try to apply a scientific methodology to ghost hunting. In 1926, he set up the well-funded National Laboratory of Psychical Research, which included a laboratory séance room and a vast array of scientific gadgets, some of them suitable for field based research, such as a bowl of mercury for detecting tremors in a room or passage.10 Other equipment included:

Price is best-known for his extended investigation of Borley Rectory, during which he produced a set of detailed instructions and protocols for other investigators to follow. An energetic self-promoter, Price ensured that his investigations were well-publicized, among them one carried out in Chiswick Museum in 1932, where he and the philosopher CEM Joad spent a night on a bed said to be haunted. He also injected new life into the Ghost Club two years after it had ceased to function in 1936. Price’s shortcomings as an investigator have been much discussed, but there is little doubt that he helped more than anyone to modernise ghost hunting as an activity.

After the excitement of the interwar years, ghost hunting as an interest for rich professionals to a large extent collapsed. Price died in 1948, interrupting the Ghost Club’s activities. The SPR, meanwhile, was becoming more an educational than an investigative body.12 These developments, and the general malaise caused by post-war austerity, meant that in the years immediately after the war, ghost hunting activities were carried out by amateurs who funded their passion by publishing books, notably Peter Underwood (1923-2014) and Andrew Green (1927-2004). Underwood served as president of the Ghost Club between 1962 and 1993, and wrote over forty books.

Numerous ghosts hunts took place during this period, including high profile ones such as Green’s 1996 investigation of the Royal Albert Hall. However, the scope and depth of the investigations could not compare with those carried out in Harry Price’s time - as can be seen from the comparatively simple nature of the ‘ghost hunting’ equipment recommended by Green:13

Underwood remarked that he had known a ghost hunter who took more than five tons of equipment with him to haunts, but whose reports were of no more interest than those who went with equipped with comparatively simple gear.14

The other significant change during this period was the founding of a new national organization in 1981, the Association for the Scientific Study of Anomalous Phenomena (ASSAP).  Its founders included former council members of the SPR, who favoured what they regarded as a more modern and inclusive approach to the investigation of the paranormal. ASSAP was formed as an umbrella organization to cover all aspects of anomalous phenomena: its main contribution to ghost hunting was the accreditation training it provided for investigators.

This period also produced one of the best-known cases of the twentieth century, the Enfield Poltergeist investigated by the SPR's Maurice Grosse and Guy Lyon Playfair. Over the course of two years the pair taped a large number of anomalous sounds (‘raps' and voices), and recorded witness testimony.15 This case has arguably never been fully explained in non-paranormal terms, and stands as an example of what ghost hunters equipped with limited technology can achieve with effort and patience.

Until the late twentieth century there were no more than a handful of 'ghost hunting' organizations carrying out field-based paranormal research. However, by 2006 more than 1200 such groups could be found on the Internet in the UK alone,16 as the activity became a common pastime.  This could be partly an effect of the Internet in facilitating the organisation of small groups. A bigger factor is likely to have been the proliferation of television programmes on the subject. The first was LWT's Strange but True screened in Britain in the 1990s and hosted by the respected presenter Michael Aspel, which documented apparent hauntings. The idea of filming ‘real’ ghost hunts emerged with Living TVs Most Haunted series, which ran initially between 2002 and 2010, and was followed by similar programme formats in both the UK and the USA.

However, little of the resulting activity had any reference to a central body of expertise, which meant that it mostly lacked scientific rigour.  An example of the problems that can arise in these circumstances was the emergence of  ‘Orbs’ -unexplained spheres of light on photographs taken in apparently haunted sites - which were treated uncritically by poorly-resourced ghost hunting groups as a potentially anomalous phenomenon.  The phenomenon was investigated independently by The Ghost Club's Philip Carr and Steve Parsons of Parasearch and the SPR,17 18  whose research clearly indicated that orbs were most likely small particles of dust (or similar) that interfered with the mechanism of newly popularised digital cameras. (See also Orbs (Light Anomalies)). A few groups continue to claim that some ‘orbs’ are not caused in this way and may be supernatural in nature.19

Generally missing from the contemporary ghost hunter's equipment is anything that could provide evidence of a relationship between atmospheric changes and paranormal phenomena, although there have been limited attempts to discern whether such changes might trigger an anomalous-seeming mental experience.  Measurements made at supposedly haunted sites by parapsychologists W Roll and A Nichols found that underlying (naturally produced) levels of electromagnetic field were higher than expected in a majority of cases.23  Likewise, the generation of sound waves at the low frequency known as infrasound may potentially create uncomfortable sensations and hallucinations within the peripheral vision, as has been demonstrated in experiments by the electromagnetic engineer Vic Tandy.24

More traditional techniques, such as the use of mediums and sessions in the dark - popularized in shows like Most Haunted - have been subjected to criticism. In 2005, the resident parapsychologist of Most Haunted, Ciaran O'Keeffe, accused the programme's main medium Derek Acorah of hoodwinking audiences by obtaining information about locations prior to filming. O'Keeffe revealed that an entity whom Acorah named, and claimed was possessing him on camera, was in fact a fictitious individual named by an anagram of ‘Derek Faker’ - bogus information that he had fed to the medium through a third party.25

The psychologists R Lange and J Houran have conducted studies that show that fear of the paranormal may trigger a paranormal style experience.26 Such anxiety of course increases in many people during times of darkness.

An effect of media popularization has been that ghost hunting has developed into a form of tourism, where a ghost hunt is recreated for the benefit of paying participants - usually novices who wish to wish to enjoy the experience - further tending to confuse the true purpose of the activity.

Ghost hunters by definition search for something which may not exist. Furthermore, if such a paranormal entity as ghosts does exist, there is as yet no agreement as to it might be. This realization of the scale of the challenge has led to a growing debate among ghost hunters, especially within ASSAP, about what they can hope to achieve.

Over thousands of investigations, no one has proven a link between gadgets and ghost experiences. In most cases, ‘anecdotes’ of EMF [electric magnetic field] meters ‘going off’ when someone feels something unusual are presented. But no one has proven these to be anything more than coincidence . . . When it comes to investigating ghost cases, we are best off pre-warning our clients that we will be leaving the equipment at home and just focusing on their experiences.27

The view here would be that ghost hunting cannot be regarded as any form of science, at least at the present time. However, there is general agreement that ghost hunters can provide expertise and reassurance to those who are vulnerable or distressed as a result of apparently anomalous activity.  Special provision was made for this type of investigation in the ASSAP’s Code of Ethics created in 2012.28

John Fraser, a SPR council member, has commented that  ‘the organization of larger set-piece investigations should, by their nature, be very different from the “cry for help” type of investigations in people’s private homes.'29

A panel set up in 2013 by the ASSAP to discuss the future of ghost hunting agreed that the untargeted use of equipment was of limited benefit.30

The panel agreed that ‘ghost gadgets’ were more of a hindrance than a help. Pseudo-scientific and spiritual tools and methods were attractive to paranormal investigators, but they were poorly applied, used without a great deal of knowledge and did not produce useful results. . .  The panel also agreed that more research and collaboration was needed. Ghost investigators working with the academic community was seen as being particularly useful.31

Current thinking within the ghost hunting community, therefore, seems to accept that as well as providing reassurance to vulnerable people its importance is to record and research (where no obvious natural explanation is forthcoming) and by doing so objectively, to bring it to the attention of parapsychologists and others in the academic community. Arguably, this is where ghost hunters are best advised to direct their efforts, rather than searching for definite evidence.