Unusual Ways of Testing for Psi 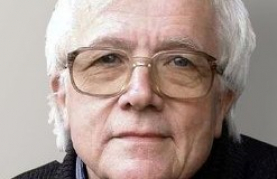 The repetitive nature of many psi testing procedures leads to lack of motivation, resulting in poor scores. Suitbert Ertel, a statistician and psychologist at the Georg-Elias-Müller Institute for Psychology, University of Göttingen, developed the Ball Selection Test as an economical and easily replicable experimental psi testing procedure, and one that would maintain the subject’s interest.  Here, subjects guess which ball will be chosen from a pouch containing 50 table-tennis balls numbered from 1 to 5. After the ball is pulled from the bag, the number is recorded and the ball placed back into the bag, which is then shaken and the process repeated.

Laboratory tests can be intimidating for some people, so initially, Ertel arranged for his students to test themselves at home. In the period 1997-2003 his freshman classes of around 50 students contributed 94,320 trials, achieving yearly z-scores from 5 to 8 (p value 10-6 to 10-9).1  These results would have been spectacular had they been carried out with strict supervision, in the absence of which they lack evidential value.  However, certain features are worthy of notice in this respect. Signatures were observed in the data: decline effects, displacement effects (guessing correctly targets next in the sequence), hits bunched rather than randomly spread, and psi missing (scoring significantly below chance). Variations of performance also correlated to a significant degree with personality and environmental factors.

Ertel tested the seventeen highest-scoring performers in the laboratory. Under close supervision and double-checking of guesses against targets, six of the 17 participants no longer scored significantly above chance. This is in agreement with Ertel’s predictions that the insecurity and tension of lab testing would depress scoring generally. However, three subjects scored far above their home performances. Overall,  11 continued to score significantly, with p values ranging from 0.01 to 10-8.2

The methodology included steps to mitigate possible normal means. Trials in which subjects wore thin silk gloves, to prevent them feeling the printed number or detecting heat from previously chosen balls, achieved similar scoring rates to ungloved trials.  To avoid recording errors, ball numbers were recorded having been spoken aloud and the ball had been shown to the experimenter.

It could be objected that subjects adopted subtle strategies, for instance learning to memorize the position of previous balls. However, there was no evidence of learning effects: results were stable over time.

Other experimenters were successful with this procedure, mitigating against the possibility of experimenter fraud or hidden methodological weakness (see below). Also, high scoring students were equally good at such psi tasks as card guessing and dice throwing, suggesting they had genuine all-round psi ability.

Other scientists have reproduced the BST effect:

Katarina Hricikova, a former student of Ertel, at the University of Gottingen, ran a series with children and over 2,900 trials and achieved a hugely significant scoring rate: z score 13.63 (p = 10-25).4

Ertel also reported on a replication attempt by two graduate students at the Anomalistic Psychology Research Unit (APRU) at Goldsmiths College, University of London. The test was overseen by Chris French, a psi-sceptic. The students claimed the tests did not replicate Ertel’s earlier results, but took no account of high scoring by individual subjects. Ertel’s reanalysis of the data showed a highly significant result in 1,548 trials: z score 2.99, p = 0.001).5

The mainstay of psychokinesis research is the use of random number generators (RNGs) to detect an influence of consciousness. Hundreds of experiments have revealed persuasive effects over many decades (see here). Walter von Lucadou developed an experiment to probe theories of psi based on entanglement correlations. Participants were instructed to influence the output of a RNG, as in a typical PK study, but the aim here was to see what correlations might be established between physical and psychological variables. Von Lucadou found more than twice as many correlations during the experimental sessions than in the control sessions; the effect was huge, with a sigma of 5.5 (p =10-6). The methodology was tightened in later experiments, where psychological variables were reduced to simple button presses that included the time between presses, the number of left or right repetitions, the duration of the button press and so on, and easily calibrated physical variables such as the frequency of voltage spikes, the variability of the RNG output or the levels and variation in resistance levels.6

The first major independent replication was carried out by Harald Walach, who found the same highly significant preponderance of correlations in the experimental versus control condition. Walach has reported that the effect persists with different RNG types and more stringent conditions.7  Ana Borges Flores, a PhD candidate at Edinburgh’s Koestler Parapsychology Unit, has replicated this experiment five times, with each experiment revealing a highly significant excess number of correlations.8  She has found that the effect holds up with more conservative permutation analyses. Hartmut Grote,9 a physicist at the Max Planck Institute for Gravitational Physics, has published a triad of mind-matter experiments, of which the most successful uses this paradigm: further findings are due in mid-2019.10

In a 2015 summary of 13 experiments, Von Lucadou found nearly all demonstrated significantly more correlations than chance would predict. Early results by a research consortium of some 20 investigators funded by the Bial foundation are said to be promising, raising expectations that Correlation Matrix experiments could become more widely prevalent in parapsychology.11

James Carpenter, a practising psychotherapist, designed a study in which participants in undirected group therapy sessions were encouraged to discuss what ever came to mind, to help heal past traumas. Carpenter or a research associate randomly chose one of 100 envelopes, each containing four pictures, of which one was randomly selected as the target. He reasoned that the heightened emotional environment of the group therapy session would provide the conditions for psi to manifest and allow the contents of the target to influence exchanges between the participants.

The participants then ranked the pictures in terms of their correspondence to the contents of the session, at which point the actual target was revealed. Carpenter looked at binary hits where the target was placed first or second. Out of 385 individual guesses, there were 224 hits for a 58% hit rate where chance expectation is 50%. This has a p value of 0.001, or a thousand to one. Carpenter found significant relationships between the impact of the sessions and scoring rate. This was lower when participants began the sessions anxious and skeptical, and dropped to chance when sessions were intensely emotional. Geomagnetic activity was found to be positively correlated with ESP success.12

Comprehensive evidence reveals the influence of mood on ESP performance. Carpenter utilizes this finding to improve scoring. Subjects were instructed to guess simple binary targets: + and 0 across runs of 24, as in a typical forced-choice design. However, Carpenter reversed the target guess if the subject’s mood score suggested a negative psi result. So if the subject guessed ‘+’ but her mood score indicated a poor psi performance, this was recorded as a ‘0’. In a second twist, concealed from subjects, Carpenter coded a target word in Morse, where dots and dashes were represented by 0s and +s. Using a majority vote, by which the most popular target selection is nominated as the group choice, Carpenter’s group was able to decode the hidden word: PEACE. Not all Carpenter’s experiments were as successful as this, but there are indications that the use of mood and other indicators to enhance ESP performance holds promise.13

Numerous studies testify to the health and psychological benefits of.  Transcendental Meditation, which employs the method of silently repeating a mantra. The technique, which originated in ancient Vedic times, was popularised by the Mahesh Yogi in the 1950s, later becoming a key ingredient of Western subculture. It is now mainstream, used by professionals to boost performance and productivity.

Parapsychologists are interested in the idea that the altered state of consciousness achieved by TM may lead to real-world effects.  The ancient Vedic idea that mind can permeate its surroundings was developed by Maharishi in his TM-Siddhi program, with the claim that a sufficiently large group of meditation practitioners following its tenets could have a measurable positive influence on the local population, in terms of lowering crime rates and raising education levels. The size of the group would need to be at least the square root of 1% of the population for this to occur.

An early study of the Maharishi Effect was a retrospective analysis of reported crime rates in 24 US cities in 1973, when 1% or more of their populations actively engaged in TM practice. It found the crime rate was 24% lower compared to 24 control cities, a hugely significant effect (p = 0.001). A marked correlation (p = 0.001) was also observed between the level of crime reduction and the number of TM practitioners in each city.14

A study was carried out into the impact on crime rates in New Delhi of a group of TM and TM-Sidhi practitioners attending a local course between late 1980 and April 1981.  The study was based on analyses comprising 304 observations of daily crime totals from June 1980 to March 1981. After controlling for predictable cycles, trends, and government policy changes, the impact was found to be highly statistically significant: an average 11% decrease in crime relative to what would be expected (p<.0001).15

A similar influence was found in the Merseyside area of the UK in the 1980s, a period when the number of TM practitioners exceeded the square root of 1% of the population there. A 16% fall in crime was noted over a three-year period – 170,000 fewer crimes than expected – while an increase of 20% was recorded across the rest of the country (p=.00006).16

Overall, a highly significant relationship has been found in each of 13 studies that have investigated the Maharishi Effect, that is difficult to explain in terms of statistical artifacts or poor methodology.17  However, it has not been taken up by the psi research community and remains an unusual way of testing for psi effects. 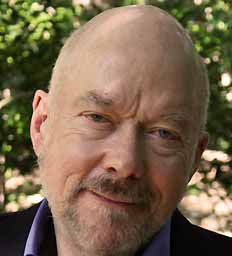 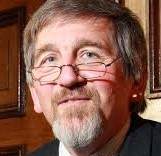