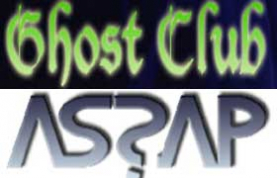 University-based parapsychology began in the UK in 1985, with the founding of the Koestler Parapsychology Unit (KPU) at the University of Edinburgh.1 During the previous century, research was conducted outside universities, some funded by wealthy sponsors, other by informal groups. Their work was often fitful and flawed, but laid the basis for later academic studies within universities.

The interest in the occult fuelled by the eruption of Spiritualism in the US from the mid-nineteenth century led to the founding of the Ghost Club in 1862 and the Society of Psychical Research twenty years later. By 2006, there were estimated to be 1200 groups within the UK.2 The major national societies are listed below, along with a brief review of their history, structures, aims and contributions. Also included are some of the more prominent local organizations.

The Ghost Club was launched ‘by a select group of London gentlemen’ with the stated intention of ‘unmasking fraudulent mediums and investigating psychic phenomena’.3 4 5  One of its first targets was the Davenport brothers, generally agreed now to have been conjurors posing as mediums.  It kept few records and during the 1870s its activities ceased.

The Ghost Club was reactivated in 1882, holding secretive monthly meetings for people interested in the paranormal. It had strange traditions, such as keeping the names of deceased members on the membership roll, which was recited in full each year on All Souls Day (November 2).6. It attracted many famous individuals, including the poet WB Yeats. However, it was not well regarded by serious researchers: the physicist Oliver Lodge, an investigator of mediums, referred to it as a ‘superstitious body of very little importance’7. It was wound up in 1936.

Two years later it was again relaunched, this time by the psychical investigator Harry Price, as a dining club for those of a more sceptical disposition. Women were admitted as members for the first time.

Meetings ceased again in 1948 following the death of Price, but were revived in 1953 by remaining members, of whom one was paranormal investigator Philip Paul. It now turned into an organization that genuinely investigated as well as debated, a change that was reinforced when Peter Underwood took over the presidency in 1960. The club continued to be led by Underwood until 1993, when he resigned after a disagreement with colleagues and set up a rival organization, the Ghost Club Society. Since then the club has had various Chairs (the title of president having been abolished). The existing Chair is barrister Alan Murdie, who is also a member of the governing council of the Society for Psychical Research.

Besides having an intermittent existence, the Ghost Club has varied greatly in its aims and methods. Since 1993 there has been a strenuous effort to modernize it, removing the requirement for new members to be invited, and endeavouring to attract people of all ages and backgrounds. The club retains the social and educational function of monthly speaker meetings, but also initiates numerous investigations in localities such as Ham House in London8 and Michelin Priory, East Sussex.9

The Society for Psychical Research (SPR) was founded in 1882. (For a full description see Society for Psychical Research.) Unlike the Ghost Club, which functioned from private clubs, it established itself in premises in London’s Kensington district, and remains in that locality today. It is funded by bequests on a professional basis, run by a governing council of about twenty members, and a full-time office manager.  In its current premises in Vernon Mews it has a substantial library; its website offers online research facilities. It holds regular lectures, twice-yearly study days and a residential annual conference. Its Journal of the Society for Psychical Research has been published continuously since 1884, promoting the Society's aim of examining claims of psychic phenomena ‘without prejudice or prepossession’. It also publishes a quarterly magazine, Paranormal Review.

Today, the SPR mainly facilitates research by awarding grants for research projects. Senior members also engage in research on an informal basis.  A recent high-profile study was of a physical mediumship circle in Scole, Norfolk, described in a detailed report by Montague Keen, Arthur Ellison and David Fontana.10  This was  a lengthy report by three senior SPR members into a series of séance room sittings in the Norfolk village of Scole. Another successful study was by Barrie Colvin, whose analysis of tape recordings made of knocks and rappings in poltergeist cases established that their acoustic resonance is entirely different to similar noises made by known means.11

An early project, Project Albion,15 could be likened to an open-ended Domesday Book about the paranormal. ASSAP founder member Hugh Pincott describes it as ‘an imaginative if ambitious programme to record all know anomalies in a defined geographic area [which] over the years spawned a series of booklets in the ‘strange’ series (Strange Pocklington, Strange Croydon, etc). Its attraction is that it is ongoing, and can be undertaken by any member without the need for technical equipment’.16

Another early achievement were past life regression experiments that began in 1984, an attempt to replicate the regression work of hypnotist David Lowe. In weekly sessions over a period of three years, an enormous amount of information was collected, although insufficient to discount or validate any of the starting theories. The most interesting past life ‘character’ to emerge in hypnotic sessions, referred to as ‘Cedric the Saxon’, described having fought in King Harold’s army at the Battle of Hastings. The personality never spoke of matters that he could not have known about, and research verified several items of information that the hypnotized subject would have been unlikely to know by conventional means. (See Past Life Regression)

ASSAP has since developed into its founders’ conception as an ‘umbrella’ organization. It offers training for would-be paranormal investigators17  and keeps a national register of individuals who have successfully completed this training and/ or satisfied other relevant criteria. It currently has 15 affiliated groups for which it provides resources, such as a best practice guide and guide to analysing anomalous photographs.  This also provides a network when a case needs investigating.

ASSAP held its 30th Anniversary Conference in 2011 under the current Chair Dave Wood, and has held a number of further conferences, covering specialist areas such as Vampires, Possession and Ghosts. These are popular and well-attended, partly because of the relatively modest entry fee. The organization runs an ongoing Paranormal Olympics, a series of basic PSI tests open to all attendees, at its conferences and at other relevant events.

In 2011, ASSAP announced it had been registered with the government as a professional body’, allowing for Criminal Record Bureau checks for ASSAP-accredited investigators and the acceptance of a professional code of ethics.18

ASSAP has two publications: Anomaly, an academic journal, and Seriously Strange, a newsletter.

The Scottish Society for Psychical Research (SSPR)19 was founded in 1987 by Professor Archie Roy (1924-2012) an eminent astronomer sometimes referred to as the ‘Glasgow Ghostbuster’.  It was founded on the twin principles of education about psi research, holding monthly speaker meetings, and assistance for those who are experiencing phenomena. In 2015, its membership exceeded 100.

Para.Science, a small body with a membership of just ten, is affiliated to ASSAP; key members also work closely with the SPR.  Para.Science was founded in 1993 by Steve Parsons and Ann Winsper, who had become dissatisfied with the techniques and methods used in other groups they had previously worked with. It has gained a reputation for cutting-edge professional investigative techniques, perhaps unparalleled amongst any other British organization. According to Parsons, its investigations are limited to ghosts, hauntings and related phenomena and ‘a special emphasis has always been placed on an unbiased approach that disregards personal beliefs as much as possible’.20

The organization’s particular strength lies in its understanding of equipment, which it uses not in a random way but to test out particular theories. Key cases include an (unnamed) farm in Cheshire, where investigators found a correlation between the family’s experience of paranormal events and high EMF readings caused partially by poor quality wiring.

Another investigation, of reported phenomena in the Cammel Laird shipyard, is thought to have taken 15,000 (collective) person-hours over three years.22

Parasearch is a Midlands-based group founded in the mid-1980s by David Taylor, Lynn Smith and Matthew Yeo. It has around thirty members, and notable for both its longevity and its professional approach.23 It has taken part in investigations of haunting phenomena in locations around the UK, including historic buildings and private houses. High-profile cases include CCTV footage of alleged ghostly activity at Belgrave Hall Museum (1999), which it established was almost certainly caused by oak leaves falling in front of the camera.24

It’s website states that many of its investigations have been featured in the media, including BBC’s ‘The One Show’, BBC Radio 4, The Sunday Times, Daily Express, Fortean Times, Sci-Fi Channel, Discovery Channel as well as various regional radio and newspapers. In terms of education, Parasearch members have lectured on parapsychology topics to the National Trust, Architecture Centre, The Ghost Club, ASSAP, Fortean Times and regional charity groups.25

There is regrettably little formal interaction between these bodies and their university-based counterparts. The main exception is the SPR, whose governing council is split evenly between both fields, and whose annual international conference includes speakers from both backgrounds. Even here, the gulf with regard to style and presentation between academic and non-academic groups is striking. If paranormal research is to progress, these two distinct areas and approaches could be mixed to a far greater extent.

Pincott, Hugh (2015)  quote from e-mail  by ASSAP founder member and former chair of ASSAP for purposes of this article.

Winsper/ Parsons/ O’Keeffe (2008). ‘Have the lunatics taken over the (haunted) asylum?’ 32nd International conference of the SPR 2008 (Abstract). 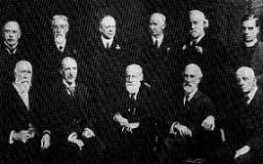 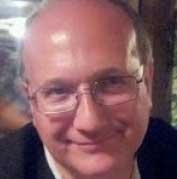 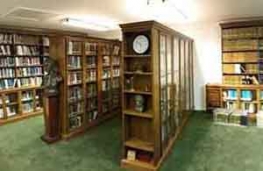 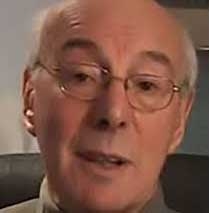 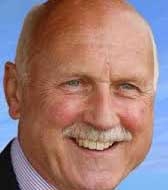 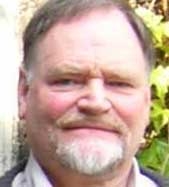 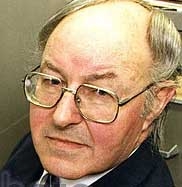 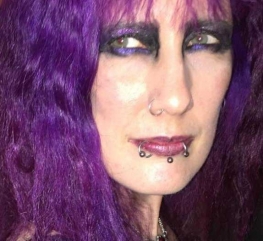 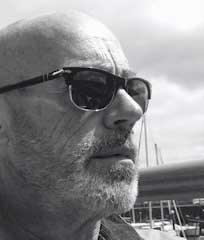 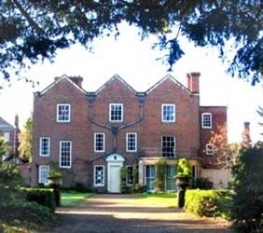